I arrived here in Prague yesterday and booked into this hostel. I spent most of the day trying to sort out how to replace my missing documents after the theft, but eventually I managed to get out into Prague.

I walked down to the side of the river and followed it towards Charles Bridge. As I walked down there was a small orchestra playing on a little island in the river, the sound carried quite far along the river and created a really nice atmosphere. I carried on to the bridge and went over it. I had an all you can eat buffet and then had a few drinks in Jo’s Cellar Bar, a really nice bar with lots a character. 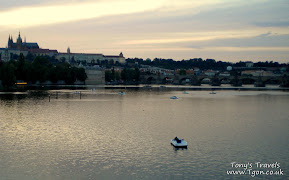 After a few drinks I decided to walk through the city, I saw some bats flying around in the streets which was cool, then decided to find a geocache before heading back to the hostel. I am adding pictures to the facebook page as I write this. 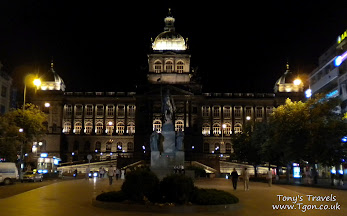 Today I’m going to drive to Auschwitz, if I get there early enough I’ll do the tour, if not I’ll camp there and do the tour tomorrow. After Auschwitz its off to Krakow and then down into Slovakia.