I have been travelling for just over 11 weeks and am currently in northern Italy. Since my last post I have visited Pompeii, Rome and Pisa. Pompeii was a strange place to visit, it is a lot bigger than I expected and I got a little bored after a while because all the interesting things, like the casts of dead people, were in one place. The rest of the town is just empty ruined buildings, which was nice, but I got the idea quite quickly. I had planned to camp near Pompeii, but when I found out it was more expensive to camp there than it was to stay in the hostel in Naples, I decided to go back to the hostel. 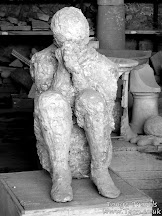 After a few days in Naples I travelled up to Rome, I stayed in a hostel very close to the Colosseum and visited as many places as I could. I enjoyed Rome, but it was different to what I thought it would be like. I’m not sure what I expected but it wasn’t what I found there. I had a great time though and enjoyed wandering through the streets and squares seeing all the statues and fountains, even if I had to put up with the crowds of tourists. 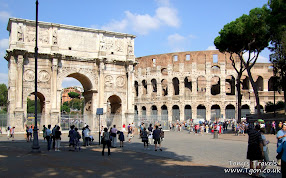 During my last couple of days in Rome I was sharing a room with a group of three Turkish guys. They were really friendly and we spent some time exploring the streets together and visited the Vatican. I’m in no way religious, so the Vatican may not have had the same attraction for me as it did the hundreds of other people that were visiting, but I enjoyed climbing up all the steps to the top of the dome and looking out over Rome. 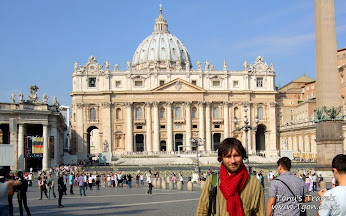 From Rome I had a long ride up the coast to Pisa, This was a great ride, probably because I chose to avoid the motorways. The views were great, driving through small coastal towns and villages, driving on small roads overlooking the sea and lots of tunnels. Pisa is a small town and there isn’t much to see there, basically just the tower. But the town is quite nice anyway, with little bars and restaurants, I managed to pass the time easily enough. There was a bar inside the hostel too, so I spent the evenings in there talking with other travellers. 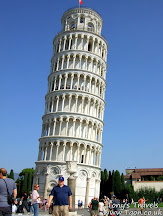 I am now in Bologna and will be visiting some other towns over the next week. Some of you may have noticed that my Africa route has changed on the route map, this is not a final plan but I think I will be riding down the west coast of Africa to South Africa, then up the East coast to Tanzania. I’ll let you know when this is decided for certain.