Ok, well its actually more like 13 and a half weeks, but the trip I just finished started on a Wednesday and ended on a Wednesday, so it makes sense to include the extra half. Since my last post I stayed with Federico in Verona for a couple of days, left most of my stuff in his garage, then drove from his place to Forli to pick up Teo and start the one week trip around northern Italy.

From Forli we drove to Bologna to stay for the first night. I had been to Bologna before but had never visited the city itself, I has stayed in a hostel on the outside of the ring road. It was nice to walk around Bologna and Teo thought it was a beautiful city, I told her that there were even nicer cities to come. We bought a couple of beers and sat in the park having a drink before we headed back to the hotel.

From Bologna we drove to Padova where I left my motorbike in the garage of my couch surfing friend, Simone. While we were in Padova we stopped to look around the Cathedral of St Anthony and the large market square. From Padova we took the train to Venice. Venice is an amazing city, really beautiful and a great place to wander around. 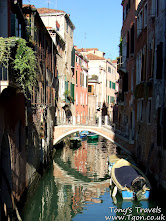 From Venice we travelled to Verona, I had already seen Venice with Federico and so I could make sure that we saw all the best things in the time we had. After Verona we headed to Lake Garda, I had visited a small part of this lake before but this time we planned to travel all the way around the lake. The lake is really amazing, the further north you travel the bigger the mountains get, making for a beautiful ride. We decided to stay the night near the lake with Teo’s aunt, this meant that we would miss Parma and would also double the amount of distance we had to travel the next day.

We left Lake Garda headed to Pisa, the trip took us through the mountains between Parma and La Spezia. This is a really awesome road, there were lots of other bikers travelling through. We eventually arrived in Pisa late in the night and went straight to the hotel, deciding to visit Pisa the next day. 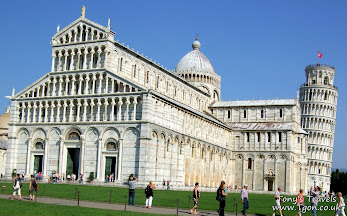 After looking around Pisa we headed to Florence for the last two days of the trip. I had never visited Florence so it was a new experience for me as well as her. Florence is a nice city and I enjoyed walking around there and having a beer in the park. 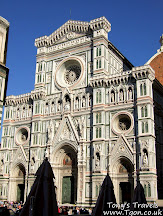 After dropping Teo at the airport in Forli, I drove back to Federico’s house near Verona, where I stayed last night. From here I will head into Switzerland through the Alps for the next few days.