Week 14 of my journey has come to an end and I find myself in Andorra, a country I hadn’t heard much about but it is great. After my last post I travelled from Verona to Aosta in north-west Italy, the journey took a lot longer than google maps suggested, around 6 hours. Luckily the route was nice, especially after entering the Alps. I couch surfed in Aosta for one night before heading into Switzerland, the road I had chosen was closed so I had to take the tunnel. 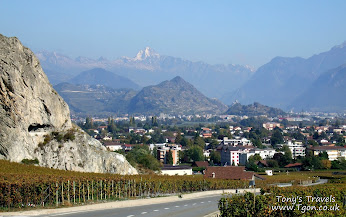 Unfortunately I took a wrong turn in Switzerland and ended up miles in the wrong direction, this meant I couldn’t explore the mountains as I had planned and instead I headed to Lake Geneva, circling around the northern shore and ending up in Geneva itself. While Geneva is a nice city it didn’t strike me as being anything special, maybe I have been spoiled recently… The next day I left Switzerland and headed through the south of France to Montpelier, I checked into a hostel, showered and headed out into the city. I’m not sure why, but I really like being in France, the language and accent make me smile, so after a night of wandering around through the many squares and smiling, I headed back to the hostel. Which brings us to today, I set off through France into the Pyrenees. I really like these mountains, maybe because it was a little warmer than the Alps. 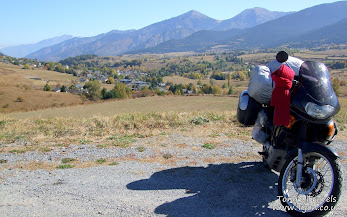 I entered Andorra and couldn’t help feeling impressed, every road is surrounded by beautiful scenery. The hostel I am in is probably the best hostel I have ever visited, it is also a sports center, there is an indoor climbing wall, football, basketball, volleyball and lots of mountain treks. 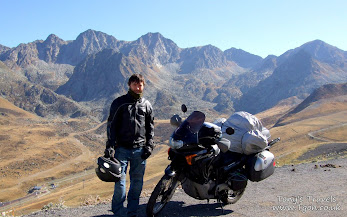 The only bad thing is I’ve broken my laptop keyboard. I spilled some beer on it so turned off the power and tried to dry it using the hand drier in the toilets. This worked, but it also melted some of the keys and they fell off… oops. Guess I’ll have to pick up some spares. Tomorrow I’m heading into Spain, Barcelona to be exact, should be good!