This week has passed by quickly, probably because I was rushing to get here in Malaga to start my carnet application. I left Andorra headed for Barcelona and stayed with my first couch surfing host here in Spain, a French guy living in a coastal town north of Barcelona, called Blanes. I stayed there for a couple of nights, visiting Barcelona by train. I wasn’t too fond of Barcelona, but I think that is due to the general dislike of large cities that I am developing. 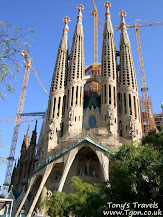 From Barcelona I drove down to Valencia, I have visited Valencia before and I really like the place. I stayed with a Venezuelan guy and his house mates, one Columbian girl, an Italian guy and an Austrian girl. In the evening we went to a couch surfing meeting, then to a club which was having an Erasmus night. It was a really fun night and we didn’t get back till late, I slept while two in the afternoon. After walking around Valencia and eating some ice cream I headed further south to Alicante. 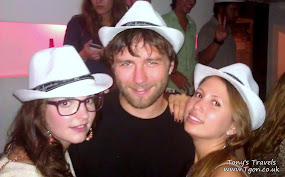 I arrived in Alicante late in the evening but still had time to have a Chinese meal, some beers and a talk with my couch surfing host Arthur. The next day I met him and some of his work mates for some lunch, more beer and more talking. They were really friendly and entertaining, I really enjoyed my time there. From Alicante I headed to Granada to stay with a girl I did my teacher training with, She lives in the beautiful old part of the city, up on the hill behind the Alhambra.

After spending a couple of days exploring the city I headed here to Malaga, to stay with a friend who has been living and working here for a couple of years. I now finally have my replacements for the documents that I lost in the Netherlands and can start applying for the Carnet de Passage, which I need to pass borders as I go through Africa.