Week 115 started off in Exmouth, on the far north of the west coast of Australia. From there we headed inland to Karijini National Park. The park is on the edge of a town called Tom Price, so we called into town to restock on supplies before heading into the park for a few days. The park is made up of several huge gorges which you can hike through, and waterfalls with cool water in the plunge pools for swimming. 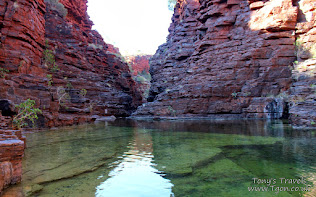 We camped in the park for a few days before we hit the road again to head north, to Broome. Broome is a tourist town on the coast with some really nice beaches, but we didn’t want to hang around on the beach. Instead we wanted to head through one of the best regions in Australia, the Kimberley. Unfortunately the group we met in Carnarvon only had a 2 wheel drive car, and the Kimberley needs a 4 wheel drive, so we checked Gumtree for a ride and luckily enough, we set off the next morning with a new group. 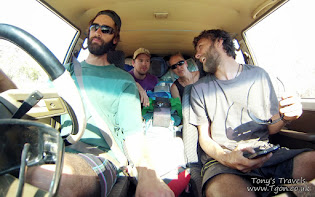 So the new group was made up of Me and Ben, a French girl called Lucie and a German guy called Marco, we set off together at the start of week 116. Before hitting the dirt roads we bought our last cold beers in a town called Derby, and headed into the Kimberley. The Kimberley is a huge region which is mostly unpopulated, other than a few roadhouses and a couple of Aboriginal reserves. There are loads of National Parks along the way that you can visit, with gorges and waterfalls. 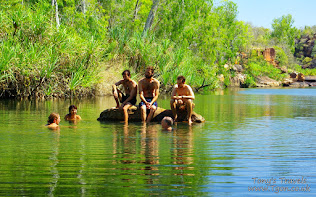 Most travellers stick with the Gibb River road which heads straight through the Kimberley, but we wanted to head up to the north to the lesser visited Mitchell Falls, and also visit the Aboriginal reserve, Kalumburu. I’m not sure what I was expecting, but it certainly wasn’t what I found when I got there. The town is run by a Catholic Mission, which runs the camp site, the petrol station and the shop. Everything is very expensive because the town is so far away from anywhere else and you have to pay $50 for a permit just to enter the town, the food is twice as expensive as anywhere else and most of it is out of date, as Marco said ‘When they have you by the balls, that’s when they squeeze’. 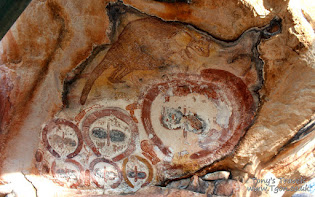 We stayed in the reserve for a couple of nights before heading back down south to the Gibb River road, and continuing east. We visited more gorges and swimming holes, where I took some cool video with my GoPro, which should be up on Youtube as soon as I get the chance to edit it. Our last stop off in the Kimberley was a place called El Questro, we had heard a lot about this place and were looking forward to it. The main attraction, a thermal spring, wasn’t so good, but El Questro Gorge and Emma Gorge were both amazing. Great walks through the gorges with beautiful pools at the end of them to swim and cool down at the end of the walk. 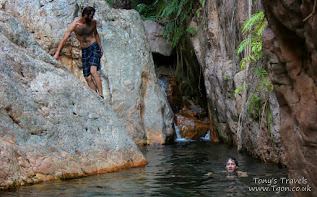 Now me and Ben are hoping to meet up with Ryan and V (the guys we travelled to Broome with), so that we can continue together up to Darwin. It will be nice to see them again!