Two weeks ago I spent my last weekend in Tasmania before flying back to Melbourne on the Tuesday. I went to stay with two friends in Melbourne, Alessio and Federico, both Italian guys who are working towards their citizenship. I spent some time looking for work and a room to rent, but haven’t found anything yet. I’m planning to work for 2 months here in Melbourne, while I buy and build my bicycle for the Asia trip. Ben left earlier this week, he flew to Bali and will spend some time traveling around South East Asia.

I am trying to get as much advice and information about touring bikes and equipment, so I’ve been visiting bike shops and checking some stuff online. At the moment I am planning to buy a Surly Long Haul Trucker bicycle frame and a Brooks Flyer Special seat, then start building it up from there. 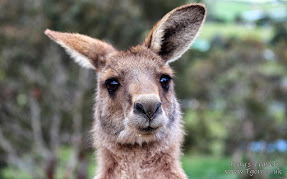 For the last two weeks I have been travelling around Tasmania. We had found a group of people who were renting a camper van and decided to join them, so we flew into Hobart as our starting point. Ben and I stayed with a local guy called Eric, who we met through CouchSurfing and then set off with our three new travel buddies, Pierre, Alison and Vanessa. From Hobart, we drove south to Cockle Bay for a short hike on the beach before heading north to the Tahune forest to camp and hike through the forest. 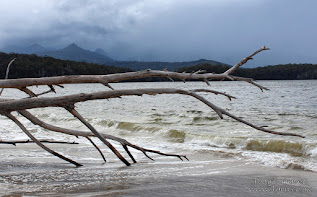 From Tahune we headed back through Hobart to the Tasman Peninsula to camp at one of my favourite spots in Tasmania, Fortescue Bay. The bay is in the national park and has a great camping spot, beach and very tame wallabies. The national park has lots of hiking trails, I bet it’s even better in the summer. The next spot was another great National Park, this time called Freycinet. This part contains one of the most popular tourist spots in Tasmania, Wineglass Bay. Again this park has some really nice hiking trails with great views onto some very beautiful, although cold, beaches. We stayed in the National Park camp ground again but this time we were visited by some possums while we were using the free gas BBQs at night. I was really surprised by how tame the animals in Tasmania were, the wallabies let you go up and stroke them. 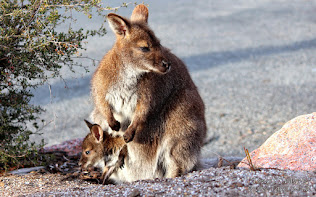 The most famous attraction in Tasmania is Cradle mountain, we drove up to the mountain and I was hoping to climb it, but the track we could take involved using some climbing chains, and there was snow on the mountain. I wasn’t really prepared for the weather conditions so couldn’t climb. Over the next few days we drove around the Cradle Mountain National Park, to a pair of lakes in the south of the National Park, Lake King William and Lake Saint Claire. It was cold but we had a great camping spot on the edge of the lake and built a fire in the evening. In the middle of the night part of my tent collapsed, a tent peg had been pulled up, when I opened the door to replace the peg I noticed it had snowed. I attached the guy ropes and went back to bed, keeping my fleece on in my sleeping bag. The next morning was really cold, but it was a beautiful sight, driving through the forest and up to the Lake Saint Claire National Park office. We warmed up by their log fire and admired the views around the lake. 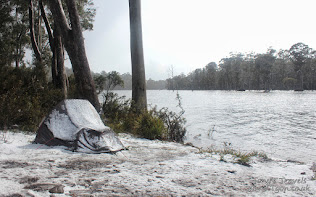 It took us a couple of days to drive through the mountains back to Hobart, stopping to camp in a small village called Hamilton that reminded me of being back in the UK, in the Peak District or even up in Scotland. Most of Tasmania reminded me of the landscapes in the UK, and the weather seemed to be quite British too. But as we got closer to Hobart the weather got milder and we went to see some Tasmanian Devils in a reserve just outside the city. The rest of the group from the campervan flew back to Melbourne while I stayed in Hobart with Ben for another few days. Hobart is a really nice little city, the atmosphere is really laid back and the beer is really good. We stayed with Eric and his housemates, who we had stayed with on our first night in Hobart, they were a really great group of people, we drank and partied with them almost every night. 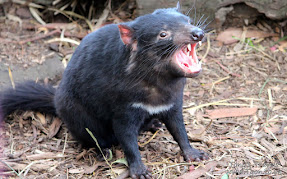 The main attraction in Hobart is the Mona Art Gallery. It is a mix of old art and modern art which is strange in some way. For example, one of the pieces is a machine which digests food. You feed it and it will eventually defecate. While I thought a lot of the art didn’t make any sense, there were some very interesting pieces to see. Definitely worth seeing if you are in Hobart.