Merry Christmas and Happy Hanukkah to those of you who celebrate.

This has been a very good week, it started with randomly meeting a guy who I had already met in Spain, Graham the guy on the Paris to Dakar hitch-hiking race, after spending some time catching up with him I went to collect my Mauritanian visa, then headed south towards Casablanca. I didn’t really enjoy the city much, it is very big and busy with nothing beautiful other than a large mosque on the sea front.

After spending a night in a cheap hotel I headed further south, to Marrakesh, to meet up with Tony at a camp site there. We stayed there for one night, it was a really nice camp site, with a swimming pool and a bar, although it was a little too cold for swimming. In the morning we headed west to the coast, near a town called Essaouira, to meet a Dutch couple who we originally met in Rabat. The camp site they were staying at was really cheap, it cost us 5 euro each for camping and breakfast. In the evening we had a BBQ with the Dutch couple and drank a few beers before heading back to the tents. 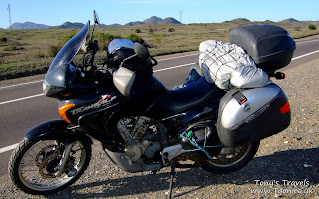 The following morning, while we were packing our tents away, an English guy arrived on a motorbike to meet us, his name was Bilimanjaro. He is travelling through Morocco for Christmas and had heard we were staying nearby. He had already met Charlie, another adventure motorcyclist who we were planning to meet that day. The five of us (Me, Tony, Bili and the Dutch couple) drove into town to meet Charlie. Charlie has been travelling for a year around South America and is hoping to explore Africa through the winter so that he can head into Europe during next summer. 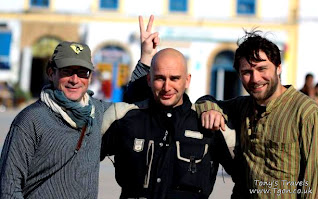 We stayed in Essaouira for the next two nights, spending the days exploring the Medina and trying to sample the delights it had to offer at the lowest possible prices. After two great days in Essaouira we parted company. Bilimanjaro is heading back into Europe, Charlie is trying to get a visa for Mauritania and me and Tony are heading south towards the Western Sahara. Apparently American citizens are having problems getting Mauritanian visas, this is a problem as Mauritania is blocking the path to the rest of Africa. 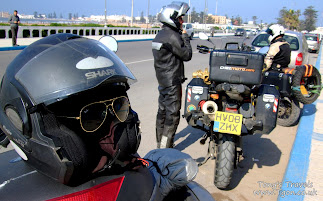 After leaving Essaouira we drove south along the coast and arrived in Agadir, we stayed in a hotel for 15 Euros and this morning we plan to head further south to Sidi Infi, where there are some natural rock arches on the sea front which we can go to visit. 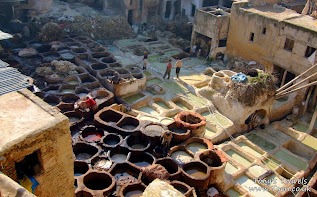 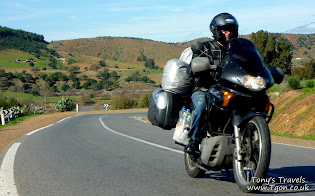 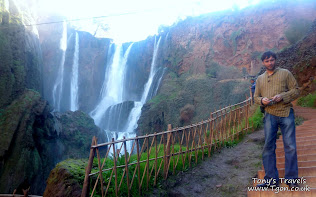