This week seems to have lasted at least two weeks, probably because we have squeezed so much into the last seven days. We arrived in Tarakan with our guide from Derawan and visited an area of mangrove that is home to a group of proboscis monkeys. We only stayed in Tarakan for one day and then headed over the border into Malaysia, in another ferry, to a town called Tawau. We couchsurfed with an English expat who runs a language centre in the city, we sat in on a few lessons and talked with his students. The next day we visited a nearby national park with an area of forest and waterfall, then went back to the language centre. 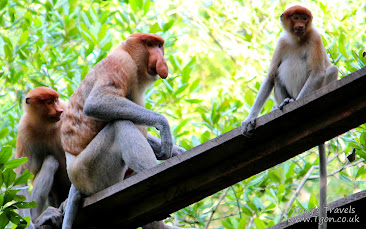 From Tawau we headed north on a 10 hour bus ride to Kota Kinabalu to stay with another couchsurfing host. Kota Kinabalu is a really nice little city, clean and quiet, but not very much to see. The best places to visit are the islands, which are a short boat journey from the city, and the night market where you can get lots of really great food. After a couple of days in KK we took a boat to another island called Labuan, which is a place for people to buy duty-free, then another ferry to Brunei. I had heard about Brunei and it always sounded kind of interesting, but I wouldn’t really recommend it as a main destination for a trip. There are a few nice places to visit but a few days is enough to see everything. We visited the royal regalia museum, which started out fun and a little interesting, but by the time we were maybe half way through the museum I was fed up of it, to the point where I was planning to have a huge rant in this blog post about how we shouldn’t still have monarchy in the modern world. The only reason I am not doing that is because I met a couple of people who live in Brunei and they really like having the sultan ruling their country. He gives them all great benefits and very cheap petrol, I have heard before that the best type of government is to have a benevolent dictator, but the obvious problem with that situation is that dictators aren’t always benevolent. I still believe that monarchy should be abolished but I’m not going to moan about it like I was planning to. 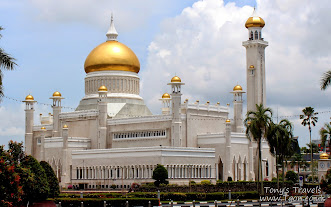 From Brunei we headed back to Kota Kinabalu by boat, stopping off in Labuan again on the way and having more food in the night market before heading back to our hosts place. This whole week stemmed from a spur of the moment decision, originally we were just crossing the border to renew my visa, but I thought it could be a good opportunity to see some of East Malaysia and Brunei. It hasn’t been an amazing week, but it was definitely better than a simple visa run to the border. Plus I guess it would be hard to improve on the week before this, in Derawan.