This week has been truly awesome, after spending some time at a waterfall last week, a group of us decided to visit another waterfall for a few days, down by the border with Burkina Faso. We stopped in the nearby town of Sikasso to collect some supplies and headed to a village called Woroni. Woroni waterfall is the best waterfall I have ever visited, we camped next to the water and spent four days swimming, sunbathing and having an awesome time. 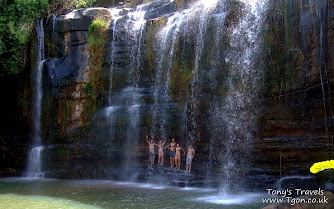 Most of the group headed back to Bamako, Tom was soon to be heading back to Belgium by aeroplane, so we said goodbye and split up. Me, Lucy and Charlie headed into Burkina Faso. I was surprised at how easily the border crossing went, no bribes, a minimum of paperwork and only 7 euro for a laissez-passer. From the border we headed to Bobo and stayed for a night in a hotel, the next day we bumped into a friend who had been in Bamako with us, we all headed south together for a few days. 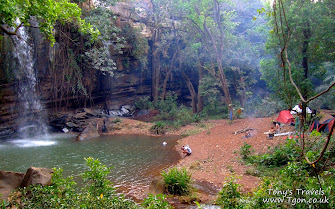 Firstly we stayed a night next to a lake before taking an early boat ride to see the hippos, in the afternoon we headed to another village called Sindou which is home to some strange rock formations. We took a hike through the area before heading into the village for beer and food. Lastnight we camped next to another waterfall, not quite as nice as Woroni falls but has a great camping area beneath a group of Mango trees. Tomorrow we are heading north to Ouagadougou to check out a festival before heading into Benin. 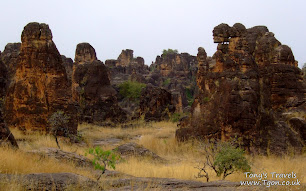