I left Bratislava a couple of days ago, drove into Austria and around Vienna for a while. It was starting to rain as I left Vienna and headed towards Hungary. I had seen a large lake on the map and decided that I would drive to it and try to find a place to camp. The lake was beautiful and was surrounded with beach resort type villages. After driving around for a while I realised that there wasn’t any place for me to camp for free so went into the next camp site I passed.

The camp site was a really small one on the corner of the lake. I arrived and talked to the people who ran it, I was just asking about the price of pitching my tent and telling them about my trip when they mentioned there was an empty caravan and said I could sleep in it for free. I unpacked my stuff, cooked some noodles and then went to sit on the dock to eat. There were some people fishing from the dock so I thought I’d give my telescopic rod a try. The rod is fine but the hooks are rubbish. I need to get a selection of decent hooks, floats and weights at some point… 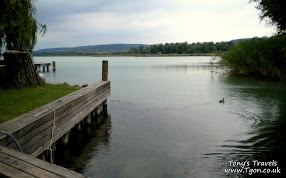 Anyway, I slept in the caravan which was great because it rained a little in the night. In the morning I packed up and set off towards Budapest. When I arrived I struggled to find a spare bed in the first few hostels I visited but eventually found a great hostel and was greeted with a welcome shot. There was a guy sharing my room who is from the Netherlands and we went exploring the city and taking photographs in the afternoon. After we got back to the hostel we met an English couple who are travelling together and an Italian guy who is a guitarist. After jamming some 12 bar blues with the Italian guy I headed out into town with the English couple and the Dutch guy. 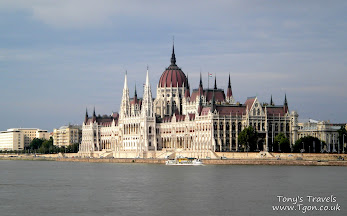 We went to a ruin bar, basically in the old parts of the city there are buildings which were abandoned and marked for demolition. These have been turned into some very unique bars and make for a great night out. We returned to the hostel in the early hours and went to bed.

Today the Dutch guy and I went on a free walking tour of the city, it was great to hear more about the history of the city as well as see the nice buildings. After the tour we joined the leaders of the tour for some dinner in a really cheap canteen, I had some goulash and dumplings. After that we walked for miles to find an entrance to a cave. Budapest has lots of cave systems below its streets and we eventually arrived and one and went on the tour and got some good pictures. We just arrived back at the hostel and are resting before we go out again tonight to visit some more ruin bars. Tomorrow I’m leaving Budapest and heading through Hungary towards Romania. Not sure where I’ll stay tomorrow night but I can decide that tomorrow. 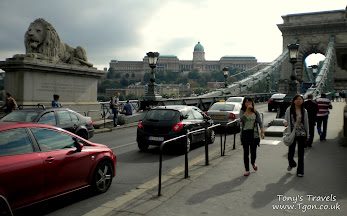