Week 44 started in Livingstone, Zambia. I took some time to make sure my paperwork was in order and sent it off to the customs office in Namibia, this is to claim back the 450 Euro deposit I had to pay in order to have a temporary import permit for my bike. Hopefully this will arrive soon as my budget is running kinda low. From Livingstone we headed east to a lodge on Lake Kariba, a huge man-made lake on the border of Zambia and Zimbabwe. The lodge is on the grounds of the largest crocodile farm in Africa, they sell the skins for making bags, wallets and belts, the meat for food and the fat is used to make some special ‘healing cream’. We camped by the lake and took a tour around the farm in the morning before heading off east again to the capital of Zambia, Lusaka. 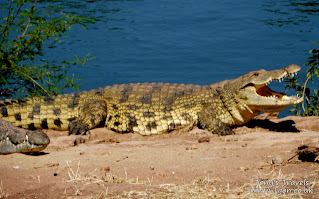 We stayed a couple of nights in Lusaka for Charlie to get his chain replaced then we split up for a few days. Charlie headed to South Luangwa safari park and I took a couple of days travelling east, over the border into Malawi to the capital city, Lilongwe. We met up again at the beginning of this week in a lodge on the banks of Lake Malawi. The lodge was in a small town called Monkey Bay and had been described as a ‘rustic camp’. The water was unbelievably clear and the weather was good, I met a couple of girls there who had been managing the lodge for a couple of months but were about to head off travelling again. We all decided to stay together for a while, as we were heading to the same place, Cape Maclear. 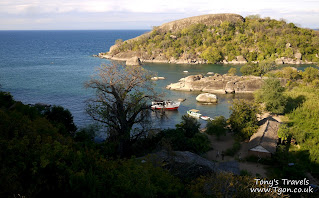 I had thought that Monkey bay was a paradise, but when we arrived in Cape Maclear I was amazed with the beauty of the place, beautiful calm fresh water in the lake, picturesque hills and mountains as a backdrop and lots of colourful Lake Malawi Chichlids to see when snorkelling. We have been in Cape Maclear for just over a week now, relaxing, socialising and doing a lot of swimming and snorkelling in the lake. In the evenings as the sun is about to set, children walk along the lake shore with home made instruments and busk for the tourists, I have managed to get some good pictures and videos together and will upload them when I can get some time on the internet. Cape Maclear is a place I could easily live out the rest of my life, but in a couple of days we will continue north along the edge of Lake Malawi towards the Tanzanian border. 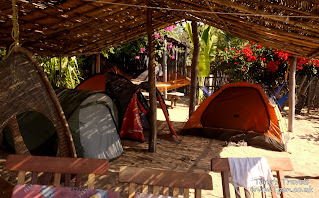