This week I have been settling in to my routine which will continue for the next month or so. I get some breakfast and ride down to the beach by bicycle, I take my laptop so that I can use the internet in the hotel. I teach the staff in the hotel at 12 each day, English Monday to Wednesday and IT on Thursdays and Fridays, then just after 1pm I get a free meal with the staff. I ride back into the village ready to teach from 3pm while 5, these lessons are with students from Makunduchi Secondary school. I have three classes to teach during the afternoons, two of them are IT classes and one is English. After 5pm my time is my own, I usually relax in the house then cook my evening meal. 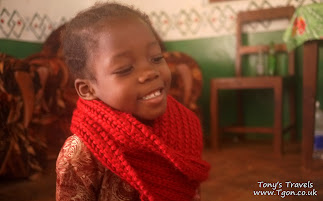 I also met my best friend from when I lived here before, Mussa Kiongo, he is now a teacher and he asked me to go into his school to speak to his class. So one morning, on my way to the beach, I called in to his school. I answered a few questions and then ended up drawing maps of Europe and Africa on the board, asking the students to name each country I have visited. My house mate Mohammed has spent the last week or so travelling around Zanzibar with his brother, he had already paid for his food to be delivered to the house and decided not to cancel it, so that I could eat it. Luckily they didn’t bring his food, the food he has been getting is not good, sometimes it seems like they have intentionally brought him the worst of the available food. The lack of this bad food forced me to start cooking for myself, I wanted to eat well as I had not eaten properly for a week or so while I was ill. So I have been cooking tuna pasta and my favourite meal at the moment, potatoes sautéed with onions and garlic, served with scrambled eggs with onion, tomato and sausage inside. The food seems to be working well as I am feeling much stronger and full of energy. 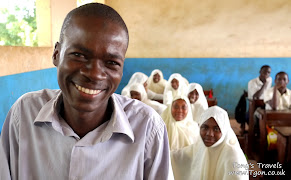 The only problem in my daily routine is the power goes off at around 8:15 until 9:30 most evenings which has caught me in the middle of boiling potatoes once or twice. As for my other side projects, I haven’t found a definite buyer for the motorbike yet, although there are a few people who have shown an interest. I also still need to find a job in India, I have a little over a month until I am supposed to leave Tanzania but I already have a contact for one job in the North of India but I am still looking for something in Delhi or Varanasi. Happy 18th Birthday to my brother Connor!

One thought on “Week 53: Settling in to Makunduchi life”