This week was really nice, it started out with the Aston exchange trip arriving in Makunduchi. My daily routine remained pretty much the same, although I spent quite a few evenings visiting the Aston group. They get much better food than Mohammed has been getting and it makes a change from the food I cook for myself. I took a couple of the Zanzigap teachers down to meet the Aston group too, so that they could mingle with the wazungu. 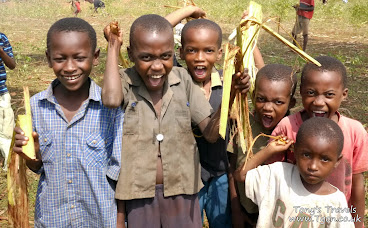 The main event of the week was the Mwaka Kogwa festival. I missed this when I lived here before because I arrived in late July and left in early July the following year. The festival is based around the rivalry between the northern and southern parts of the village. People gather in a large field and start singing and dancing, but the songs they sing mock the other people. The women sing songs that suggest that the men of the other half of the village have small manhoods and will not be able to produce children. Then a man from the north and a man from the south go into a hut which is then set on fire. The man who stays inside the hut for the longest time wins. The main event is a large fight, the men have sticks and whips made from banana plants, they beat each other until one of them submits. It is quite a strange festival to watch but is very enjoyable. 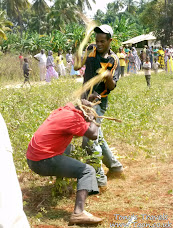 Usually the festival lasts for 4 days, the other days are filled with parties and celebrations, but this year Mwaka Kogwa was the day before the start of Ramadhan so the celebrations have been delayed until after Ramadhan has ended.