Week 37 started with Charlie leaving to fly to the UK while we are waiting for the bikes to be shipped to Namibia. I decided that I would go back to the Green Turtle Lodge in the West of Ghana, but when I arrived I met Bahar and a couple of English guys, they were planning to leave the Green Turtle the next day. I was planning to fly to Namibia on the Friday and so were they, so I decided to tag along, we headed to Cape coast for a few days. This is when I found out that the container ship had left without our container, so our bikes would be delayed by an extra week. This is when I decided not to fly that week, but to stay in Ghana another week, Bahar and the English guys left on Friday and this is when I met a group of Germans who were headed to Kakum National Park. The next day we headed north to Kakum and went on the canopy walk through the forest. 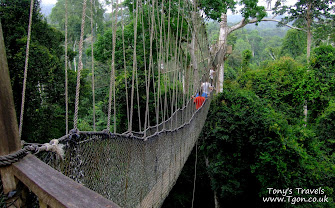 From Kakum we headed to a place in Ghana I had never been before (even though I had travelled the coast around four times), the village was called Brenu, we stayed there a few days before heading back to the Green Turtle for a few more days. Then headed to another place which was new to me, Busua. We managed to stay in a hotel which was being renovated, so we stayed there for free with the Rastas who owned the place. After spending a night there I decided to head to Takoradi to book my flight to Namibia, since then everything has seemed to move very quickly, I managed to find book a flight for the next day. I spent that night in Cape Coast, then headed to Accra the next day. My flight went through Friday night so I arrived in Windhoek, Namibia at 6am on Saturday morning. Namibia is colder than I expected, but only at night. The main shock is that Windhoek doesn’t feel like Africa, everything is very European, or to be more specific, German. I should be able to collect my bike on Thursday, so I will stay here for a few days before heading to Walvis Bay.